Here we go, world, into 2015! A lot of stuff happened in 2014, across the globe, here in Cleveland and in my corner of the world. Against my better judgement, I began calling myself a “freelance writer” and found it to be remarkably liberating. Mr. Mandible and I spent two weeks across the Atlantic, exploring Ireland and Britain, on an unforgettable honeymoon. At the end of May, I was reunited with my college friends for a long, lazy weekend in Miami, another destination I’d never visited. For our first wedding anniversary in June, I talked Matt into driving up to Grand Rapids, Michigan for a whirlwind tour of the city’s breweries for my first freelance gig at a national publication. We got to know our Ohio neighbors to the south a bit better (at least their dining and drinking scenes) with short visits to Columbus and Cincinnati. We even made it back to New York, the city that changed my life a few years back. Over the past year, I also measured and mixed, kneaded and rolled, chopped and stirred. I did more cooking and baking than any other year, most of which was successful. Only my husband knows of the few complete disasters that, I think, seriously made him question my authority as a food blogger. What is that saying I’m always trying to paraphrase? The journey is greater than the reward? END_OF_DOCUMENT_TOKEN_TO_BE_REPLACED

The weary world rejoices! Those lyrics really sum up the whole holiday season, I think. All the running around and baking and decorating and shopping and dealing with insanely crowded parking lots (apparently everyone doesn’t shop online now?) leaves us with one day to sit back and just be with the ones we love. And the cookies we love. These are those cookies. I’m going to make this short and sweet, because you don’t have time to waste on some long, rambling essay on cookies and the meaning of Christmas. And honestly, I’d rather spend a few more moments rejoicing. We all should. END_OF_DOCUMENT_TOKEN_TO_BE_REPLACED

My Christmas shopping isn’t done and I have no idea what we’ll be doing for New Years Eve, but I’m determined to stay on top of my “best of” posts for 2014. Last year, I didn’t get around to it until January, and by that time, everyone is out of the spirited, reflective holiday mood and into the gung-ho, forward-thinking resolution mode. And I decided to break down the year into at least two categories: the best things I drank, and the best thing I ate. I might even throw in a general “why 2014 was the best year of my life” post, if there is time. Because it really was! Not only because I got to drink all of the yummy things listed below, but because I got to share it all with my husband, my family, my friends and here on Mandible! What were the best things you drank this year? END_OF_DOCUMENT_TOKEN_TO_BE_REPLACED

You’d think, after seven years of Spanish, I would’ve known how to say “to go.” As in, we want to take our food to go. We were two gringas, hoping to get tortillas to take to the park on La Gran Vía, one of Madrid’s busiest avenues. I tried so many combinations of words with the two men working at the nondescript, greasy diner: para ir, para comer lejos de aquí, quiero tomar afuera de este restaurante. With that last attempt, the waiter began leading us to one of the few tables just outside the front door. I shook my head, defeated. My temporary travel companion, an Australian named Kate, knew zero words of Spanish. Her solution was to shout at them in English, and make very dramatic hand gestures toward the door — even doing the international “walk” movement with her pointer and middle fingers. This continued for an eternity, until an older man popped his head out from behind the stainless steel kitchen counter. END_OF_DOCUMENT_TOKEN_TO_BE_REPLACED 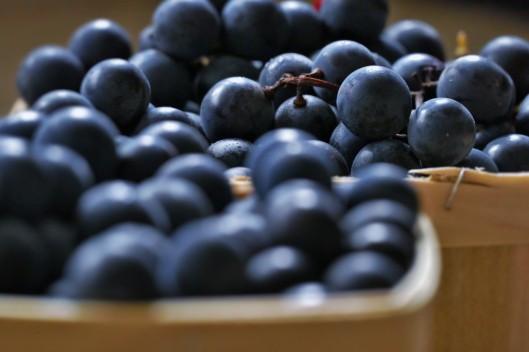 If someone asked me to write a cookbook, and told me to write it about my favorite thing to make, I’d write about pie. Sweet, savory, cream, fruit, nut. All kinds — there are a bajillion possibilities when it comes to crust and filling combinations. I also find the tactile experience of mixing and rolling out dough extremely therapeutic. Like the punching bag-type of therapy, where all your stress and frustration seems to flow right through your fingers into something productive. Or delicious, in this case.   END_OF_DOCUMENT_TOKEN_TO_BE_REPLACED